365 Response is delighted to support and celebrate both British Science Week and Healthcare Science Week. We have a proud history in this country of scientific and technological invention and innovation and we lead the world in vital new fields such as genomics. I cannot remember a time when healthcare science, and particularly the British contribution has been so uppermost in the public consciousness.

It is almost exactly one year since the first lockdown caused by the Covid-19 pandemic and we are still in lockdown now. The global impact of the pandemic has been unlike anything experienced by anyone in living memory and we were unprepared for it. This year has been truly terrible for many and has severely affected everyone without exception. We are now starting to see the light at the end of the tunnel and we can start to imagine a return to normality. But this was not inevitable, the emergence from the pandemic is not coming about through politics or some natural fading away of the virus, it is a scientific triumph. Indeed, the virus is mutating and adapting all the time and left unchecked would continue to be a deadly and elusive foe.

But Science does not just happen on its own. Science is men and women dedicating themselves to pushing the boundaries of what we know, learning new things and turning knowledge into the tools we need to advance civilisation. There is no clearer and more inspiring example than the development of vaccines against Covid-19.

British involvement in the vaccine story dates back to Edward Jenner’s ground-breaking experiments with Smallpox immunity in 1796. Since then the field has developed rapidly with British scientists in the vanguard. Healthcare science and technology such as vaccine development is a global endeavour now and British scientists have the opportunity to work with the best in the world. We can be proud of the Oxford/Astra Zeneca vaccine which has been developed in the UK and will ultimately benefit the whole world, being offered not-for-profit during the pandemic. The technology has advanced tremendously and produced new innovative techniques such as mRNA vaccines which offer potentially faster production times and theoretically a stronger immune response than conventional vaccines.

Like so many stories in science, the discovery of mRNA vaccines was made possible by the dogged determination of one scientist struggling to convince a sceptical establishment. Hungarian-born Katalin Kariko, with help from her colleagues in the US after over 10 years of struggling to get research funding, finally worked out a way to utilise messenger RNA to stimulate the immune system to create precisely targeted antibodies as well as helper cells that increase the immune response. This technology is now in three of the Covid-19 vaccines purchased by the UK and one will be manufactured here.

The pandemic has stimulated an about-turn in the UK’s approach to vaccine manufacture as well. Where we had lost ground with very little manufacturing capability, we are now building capacity at several sites in the UK to manufacture vaccines developed by international biotechnology companies. This is helping the drive to overcome coronavirus but will stand us in good stead should there be another pandemic in the future.

British clinical teams have also made an impact globally with discoveries in therapeutics, such as the use of the common and cheap steroid Dexamethasone in reducing death rates in the most severely ill patients.

At 365 Response we take time this week to salute in particular our colleagues and customers through the health and care system who are at the sharp end. Connecting our citizens to the amazing people who can deliver the science that save lives. We talk daily to the clinicians and transport teams moving the poorliest infants and babies and are in awe of their professionalism and resilience. We have seen the demands on transport teams across the country at the hardest of times over the last year and want to add our thanks for literally keeping everything moving.

British Science Week and Healthcare Science Week are all about inspiring the next generation. The last year has shown us just how important it is that we attract great minds and creative people into scientific roles. We have come to know so many scientists of different disciplines such as virologists and epidemiologists, clinicians and public health consultants spawning a whole array of unexpected but fantastic role models for our children. After all, who would not want to be the next Devi Sridhar or Jonathan Van Tam?

One of the most dynamic and exciting areas of science right now is the field of cognitive science. Artificial Intelligence and machine learning might sound like very modern concepts but the foundations were laid by yet another brilliant British scientist, Alan Turing. During the second world war, he was critical to the cracking of the Enigma code (memorably portrayed by Benedict Cumberbatch in ‘The Imitation Game’). He was the first to build a machine capable of storing an algorithm and went on to help build the ‘Manchester Computers’ at the University of Manchester. These innovations included the first transistorised computer and the first modern programmable computer. Turing is considered the father of artificial intelligence (AI). At 365 we are extremely proud of our own link to this amazing heritage.

As part of our developing AI lab, we are working with the Alliance Manchester Business School at Manchester University, where Turing worked, on expanding knowledge in the field of optimisation and machine learning. This work will directly feed into our transport planning and forecasting tools that are at the heart of the 365 Smart Platform.

We are currently looking for a PhD researcher to work with us on this mission and you can see our careers page for more information on this role. The successful candidate will get the opportunity to work with the best minds in the field indeed including the Alan Turing fellow, professor Julia Handl. It is an amazing opportunity for the right candidate to contribute to this expanding field of knowledge while improving systems that benefit some of the most vulnerable in our society. 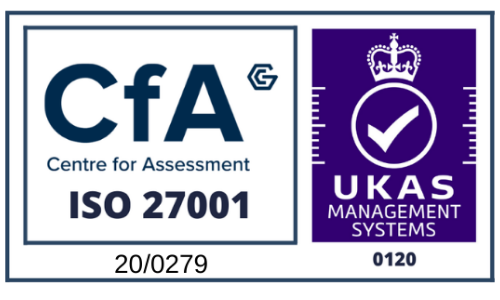 We use cookies on our website to give you the most relevant experience by remembering your preferences and repeat visits. By clicking “Accept All”, you consent to the use of ALL the cookies. However, you may visit "Cookie Settings" to provide a controlled consent.
Cookie SettingsAccept All
Manage consent

This website uses cookies to improve your experience while you navigate through the website. Out of these, the cookies that are categorized as necessary are stored on your browser as they are essential for the working of basic functionalities of the website. We also use third-party cookies that help us analyze and understand how you use this website. These cookies will be stored in your browser only with your consent. You also have the option to opt-out of these cookies. But opting out of some of these cookies may affect your browsing experience.
Necessary Always Enabled
Necessary cookies are absolutely essential for the website to function properly. These cookies ensure basic functionalities and security features of the website, anonymously.
Functional
Functional cookies help to perform certain functionalities like sharing the content of the website on social media platforms, collect feedbacks, and other third-party features.
Performance
Performance cookies are used to understand and analyze the key performance indexes of the website which helps in delivering a better user experience for the visitors.
Analytics
Analytical cookies are used to understand how visitors interact with the website. These cookies help provide information on metrics the number of visitors, bounce rate, traffic source, etc.
Advertisement
Advertisement cookies are used to provide visitors with relevant ads and marketing campaigns. These cookies track visitors across websites and collect information to provide customized ads.
Others
Other uncategorized cookies are those that are being analyzed and have not been classified into a category as yet.
SAVE & ACCEPT

Not quite found what you're looking for?